Hi everyone.
I am working on some untitled game on UE4 and we are creating a world/map approximately 2x2km+ size and I have a few questions, just like you about your projects

. So I created this topic for discussion “Level optimization”

I watched epic’s videos about level streaming, hlods, impostors, fortnite optimization, and so on. But, for me it’s just “we have such technologies, so try it yourself” and I tried.
So I have several solutions and want to share and discuss them with you (each line is my thoughts without practical use, only theory, because at the moment I am only studying cases for big-level optimizations and will practice in the near future):

I going to try the following scheme:

What do you think about this?
P.S.: if I make a mistake somewhere I will be glad to hear where I am mistaken

Big thing to watch out for with UE and open world stuff is the time spent adding objects to the world. We expected our levels to be dominated by IO – ie, by getting stuff off disk and streaming it in. As it happened (UE 4.13) it was the lifecycle costs of the things coming into the world – making UObjects for them and adding them to the world, and even removing old ones from memory – that really killed us.

Have not run the same tests in current unreal but I’d expect that’s going to be the real driver, so do a bunch of testing with somewhat representative content early. It was an unpleasant surprise for us!

Listen to Theodox. This is single handedly the most important test you can perform during open world engine evaluation.

I made my scheme for level streaming: 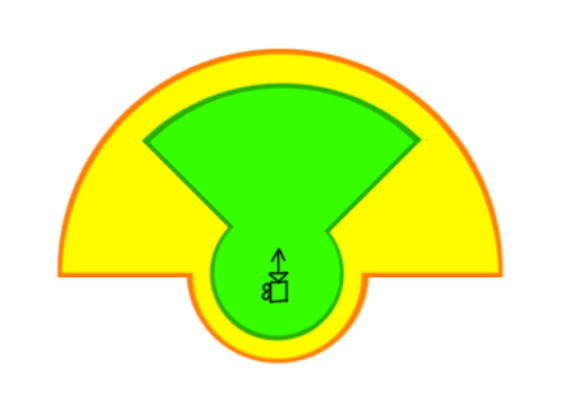 Can someone share a link to the explanation/training of the UE4 Session Frontend -> Profiler ?
Because I can’t find a good documentation, everywhere “there is profiler and it can give you different CPU/GPU stats”

I interested in that hell-shell, a lot of events but almost each event has CPU Stall - Wait for Event with “big ms numbers” and it is REDed and different other “magic for me” things (the picture just an example) 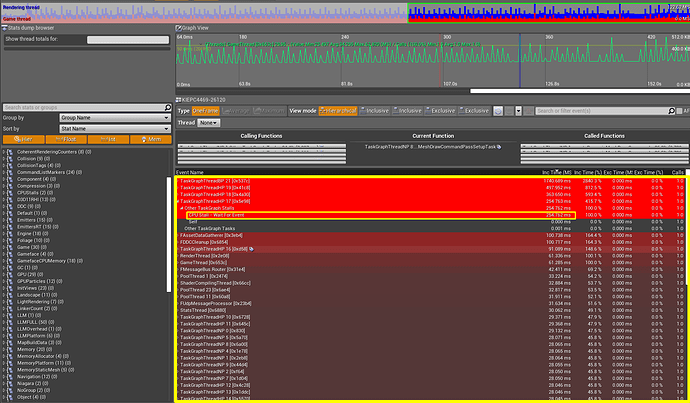 Amazing! I’m facing the same issue of many CPU stall when levels are streaming in, so could you give me a brief of how to find the real bottleneck? Thanks~

I don’t have a running unreal at home for the holidays, but I seem to remember that the magic words are “add to world” or some variant of that – it’s the UObject lifecycle management that is (or was, last time I looked) the real killer

waiting for something… and it can be anything…
I looked through all the stats and in my case the bottleneck was Garbage Collector, so if your “game world” is less than 10x10 km and each object in the game isn’t unique I advise you to turn off GC:

The second bottleneck was occlusion (stat initView). You should consider streaming as a tool for working with occlusion (because it is expensive for the CPU)
Next was - World Tick Time. Use as few ticks as possible, use more timers instead ticks

and next was - loading some c++ libraries during a game session, instead of preloaded it (in my case, the first grenade throw initiated the library loading … and the grenade throw could happen for example in the 4th minute of the gamesession)

P.S.: sorry if I forgot something, but this is a very big topic for discussion, where there are a lot of variables for making this or that decision. As I was asked at one of the interviews “what is better, large or small particles in the screen?” … there are a lot of unknowns to give the correct answer (but they didn’t like my reasoning with the arguments of the first and second cases, they expected a clear answer “big or small”)

thanks u so much! your advice inspired me a lot and i now know this is a complicated issue. i found my game has a mixing problem consist of big texture loading, gc hitch, and even navigation system bug. I am step by step fixing them now