Hello!
I have worked in the mocap industry for a few years now and I am looking to dive more into character tech and rigging.
I have done simple bipedal rigs in the past but now that I am actively pursuing a role in rigging, what makes a great character rigging reel?
What do employers and/or teams look for when it comes to game rigs vs rigs for film and animation?

Any tips or advice is appreciated

I wont show to much wiggle wiggle on controllers. Instead i would show a lot of poses done with the rig.

There are a lot more experienced people around here than me, but from what I’ve seen the consensus is that “Wiggle Everything” reels are boring to watch and hard to glean relevant information from.

Instead, I believe a better approach is to have well-presented cuts to significant rig or tool features, removing any extraneous information from the shot that doesn’t contribute to what you want to viewer to understand from that segment. Eyad Hussein’s Ice showcase video is one of the best examples I’ve seen of this approach: https://eyad.tv/home/ice/.

I believe he was hired by Sony shortly after posting that video and didn’t have time to release his autorigger, ironically, so perhaps that speaks to the efficacy of the approach.

This is always best if it can be found.

I’d say tell a story, if theres a reel showing an api, that builds parts, that then go on to build a rig, which gets animated and moves, etc. etc… It’s a great way to know that you understand the process as a whole. Tools that benefit these stages is a great approach too, i.e. a motion retargeter, or a tool to glue the feet to the ground to fix sliding etc. Finally i’d say if you can demonstrate tools that solve the need of scale i.e. fixing weights, transferring topo, weights etc on lots of models, rigs etc shows you have a solid understanding of the need to build resilient tools that can adjust to the needs of production. A lot of people show deformation and I agree that its pretty important to show if you aiming for that type of work, for me I’ve always been blown away by rigs that are unique and quirky, have things that make me think how did they do that!?

Here some more from the great Iker. 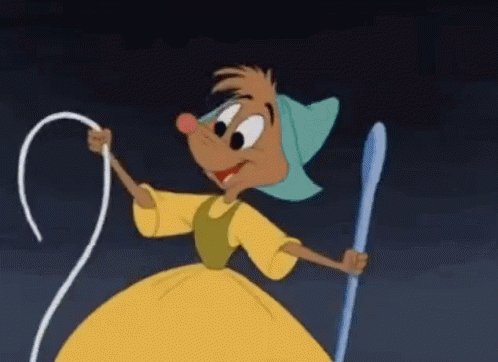 Since we've been talking about rigging reels, here's a thread with a couple of thoughts on what I like to see on them. DISCLAIMER: these are my own personal views, based on my own experience and taste, and does not represent my employer's or my clients' opinion. https://t.co/pR5bidIUUy
2 Likes
Technically_Artistic December 9, 2020, 7:01pm #7

So bipedal rigs are the bare minimum most of us expect to see now. I mean, show one yes, but it’s the equivalent of “Do you have a highschool degree?” on the application form. Building the rig is pretty straight forward and eventually/often automated. So it’s just showing you have some good skin weighting and everything you can do beyond rigging. Fluid methods of FK and IK matching or transferring animation. Have you done clothing systems before and understand large mix and match libraries like that? Solving complex machines. Like I’ve got one in my reel of a functioning helicopter rotor system, where the pistons rotate the blades as the blades spins, and I show it working in engine as well which always goes over well in interviews.
That’s another part, showing you know how to hook up animate state trees if you are going for games. Show you know how to get that rig in engine and hook up collision and animations to it.

Most of the time I try to show something animated by a good animator first so they can see the end results, because that’s what it’s really about. Can you make something that animates well that animators like working with. Then I’ll show off the rig. The basics I usually fly through at 4X speed. Just enough to show you what choices I made for the type of setup. But them more complex facial rigs are interesting. Complex machinery. Wires or hair that was rigged. Procedurally rigged stuff. I would say aside from small studios, the days of saying I just rig characters is over. You have to build tools and functionality there. Show you have systems that let you iterate those rigs quickly when there are mesh changes or skeleton changes.

If you’re all characters, basic character rig is the starting point. Then you need to look at Naughty Dogs stuff. Where they build in stuff for muscle and clothing deformation. How they maintain volumes in the wrist while twisting and bending. Tying in normal maps blending in and out for things like the face, not just blend shapes. How to have blend shape driven deformation without necisarilly needing to export those blendshapes in engine. Rig a dress of a character. Rig a character with a cape. Rig a character with dangling straps. Then show off how the animation worked out. Make characters that have a lot of secondary motion options on them with what they are carrying or wearing. Make those parts dynamically animated. Particularly in a way that can be exported to a game engine where you need to blend transitions from one state to the next. (Dangling changes can’t be at one spot at the end of one animation and a different spot in the animation they need to blend into without a bunch of jank happening.)

Then, after all that, make a reel that’s no longer at 2 minutes at most. At least 1 minute, and if you don’t have that much shorter is better. And you have about the first 5 seconds to hook my attention as I slog through terrible reel after terrible reel. Show all your best stuff up front. This isn’t a tv show you are saving the finally till the end. This is a telemarketing call where you are trying to keep me from hanging up. If you have too much for a 2 minute reel, make multiple reels. One can be your highlights reel like a teaser trailer for a movie, but with all the action shots in it. Then make seperate reels, like here’s my character stuff, here’s my weapon stuff, here’s vehicles, here’s in engine setups, etc. Hook them with your sizzle reel and then they can check out the other ones they are interested in.

You can do music but keep it fairly neutral and don’t make it super loud. Half the time if not more your video will be muted or immediately muted to stop the music blaring out in the office (back when there were offices…) It’s fine to set the mood, but I’ve heard music that makes me wince. If you wouldn’t hear it out while shopping or something, maybe not here. Exception being if it’s from the game, like Doom or something, but take the volume down 25% at least.

Have your name and contact info at the end, because good chance we already forgot who you are and which resume this was tied to.

Lastly, target your audience. If you are applying to Respawn, then your reel better be a bunch of soldiers and weapons and clothing options that look as real as possible. Insomniac, you might want to have a bit of that but also some cartoony stuff. They are looking to hire people to make the content they need right now for the game they are working on. If your content doesn’t look like what they need to make, there’s going to be doubt whether you can do that style. That said, you can’t make everything and please everybody so pick your strengths, focus on the type of content you want to make and target those companies. Probably don’t send Turn 10 your character reel, unless the job opening is specifically for that. I can’t tell you how many reels I’ve looked at where I go “… what is this? Does this guy even know where he applied to?” It just is a waste of my time and honestly yours because instead of sending me random work, you could have been either targeting the right company or learning how to make better work. Which… if you want to apply to Respawn, and none of the content on your reel looks like it could be dropped in a respawn game… Then probably time to up your skills before applying (That said, not on modeling, texturing or animation. Get help there on the forums and stuff. Get a good model to start with. See if you can get an animator to play with your rig. Getting help isn’t cheating. It shows us you can work with other people which is all game development. But your rigging, skin weighting and deformations better be top notch.)

Saw this the other day. This is the kind of character rig that’s impressive/interesting to look at.

Thanks for sharing this. I always see the reels where they are always wiggling the controls so it is nice to see another perspective on showcasing rigs/rigging reel.

This is really inspiring, thanks again!

Thanks for the insight. When showing off tools in a portfolio, what is the best way to showcase it? Is sharing a personal gitHub ideal?

That completely depends who you are showing it to. If you’re showing it to someone technical who you’ll be working with, sure. Otherwise, hiring managers, or recruiters - or if you’re just trying to get attention on social media - may not care about seeing a repo, and will care more about the story that @chalk mentioned.

Showing tools can be hard. But in general, try to focus on illustrating the result in a nice way, especially if the result is visual in some form.

Thanks for the insight. When showing off tools in a portfolio, what is the best way to showcase it? Is sharing a personal gitHub ideal?

As for a repo, I think thats a personal decision in a way. If you have a public repo that you want to get feedback on and input that has potential, but you’ll need to support user requests, go through integration, reviews etc. I’ve certainly had to do it with jobs where i’ve needed to demonstrate coding ability, but i think the win is demonstrating usage to overcome problem spaces, and then go larger to ask broader questions your trying to solve which you can totally demonstrate in a reel.