I absolutely need to launch a plugin ( poseWrangler ) on maya 2022.1, this plugin seems to need pyside2uic. But I have an error when I click on the script :

If you have some ideas, please don’t hesitate …

I think Autodesk forgot to include the pyside2uic folder with the Maya 2022 installation. You can grab the pyside2uic folder from Maya 2020, usually found in “C:\Program Files\Autodesk\Maya2020\Python\Lib\site-packages\pyside2uic” and copy it over to where the Maya python path can find it. Could be your Documents/maya/scripts 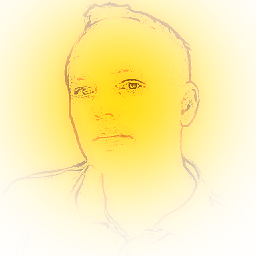 So basically, that plugin is using a deprecated method of building the ui.

From what I can tell though, pyside2uic is a pure-python module, so (seconding MongoWobbler), you should just be able to copy the folder into somewhere on your pythonpath especially if you’re using python2. I don’t know if the module is python3 compatible though, so you may need to run a python-modernize on it.

Otherwise, if you can mess with the source code, you could probably update plugin code to use the PySide2.QtUiTools.loadUiType without too much hassle (if that’s all they’re doing with pyside2uic of course)

next step : make poseWrangler ( from Chris Evans ) work on maya 2022, for that we need MayaUE4RBFPlugin2022 plugin works ( from Quixel Bridge )