Are there any solution to convert GLSL for Substance Painter from Unity Shader?

As long as I know, hlsl2glsl is the similar one that I’m looking for. 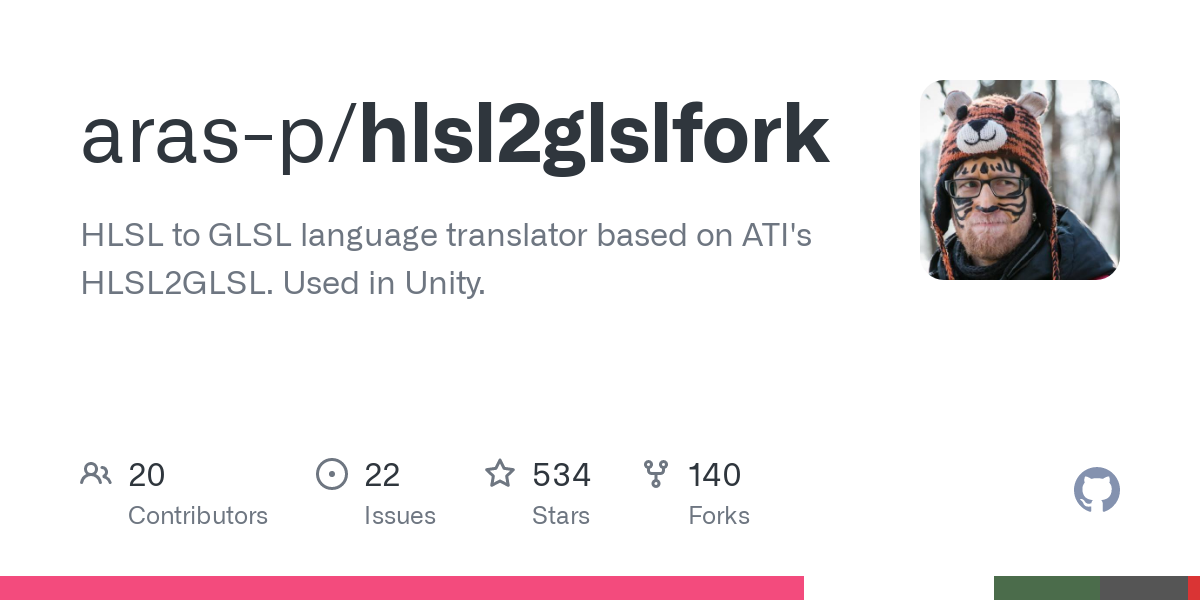 HLSL to GLSL language translator based on ATI's HLSL2GLSL. Used in Unity.

However this repository is too old to build the solution yet.

FYI: cg2glsl is also similar the solution however I’ll have to convert GLSL from “Properties” and “SubShader” of Unity Shader manually then I don’t adopt it for now.

This file has been truncated. show original

Shader API : This page explains how to write custom glsl shaders files to customize the rendering of the realtime viewport.

So I will have to do at least 2 steps to achieve my goal but I can’t yet due to the above reason.

Could you please tell me how to convert GLSL for Substance Painter from Unity shader if you have the solution?