Run Maya and execute a script

I need Maya with GUI. And the Python script I need to run is not static (and I don`t need to execute something all the time I run Maya), so I don’t think I can utilize userSetup.py.

I need to create/open asset/shot scenes from an external app, like Shotgun.

So one option is to use the -command flag when launching maya, to run a mel command probably something like

Another would be to have a startup script that opens up the commandPort and then you can squirt commands through that to the running process. 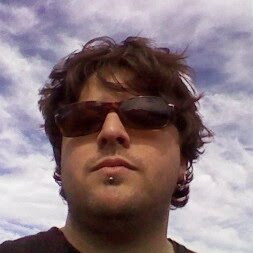 I can execute python code directly (without saving it to a file), right? Did not work for me:

Mel basically has no idea about single quotes, so when passing in the python string you want it to eval, you have to wrap it in double quotes.

What if I need to pass an object (instance of a custom class)? It does not work, produce an error.

The way we’ve been handling that at work is by pickling. pickle is python’s generic object representation library, and allows you to easily write almost any object out to a file. https://docs.python.org/2.7/library/pickle.html

So gather all your data and pickle it in a temporary file. Then build the command for maya to unpickle that file, and pass that data to whatever function you want.

[Edit]
The biggest caveat is you have to make sure that whatever classes you have created are available using the same import statement both in and out of maya.

There’s a couple of ways around the nasty encoding issues that come with trying to run a commandline maya or mayapy.

Python support was bolted on after the fact so you have to indirect through mel. Rather than packing too much encoding into a command line (where it’s really easy to fatfinger something like a nested string encoding) one good trick is just to generate a mel file (temporary or permanent ) and pass that to the maya.

Keystone packs any arbitrary python you want into a mel file which can be run from the commandline. It’s designed for distributing an entire toolkit with multiple files, but it’d work for a single script if you wanted to do that.

If you have a simpler need to just pass some Python to maya without all the hassles, you can just steal the operative part of that like so:

In this version python_script is the text of whatever python you want to run; you could just read it from a file if you wanted to.

If you pass additional arguments to the command line they show up in sys.argv so you can get at them (as in the example above) – they will all be strings, but you can pass any string you want.

If you plan on reusing the same script, you could convert the above function to generate a mel script that included the encoded python – that would make it double-clickable. That’s how Keystone works.