Jens was a beloved member of the Seattle tech-art community. A 20-year veteran of the games industry, Jens was a lead tech artist at ArenaNet for most of the last decade. For the last year he was a lead tech artist at 343 on Halo Infinite. Jens was known for his sunny disposition and his readiness to help his colleagues. He’ll be greatly missed by those of us who knew him.

Jens leaves behind his wife, Oesa, his daughter Olivia, and his son Finn. 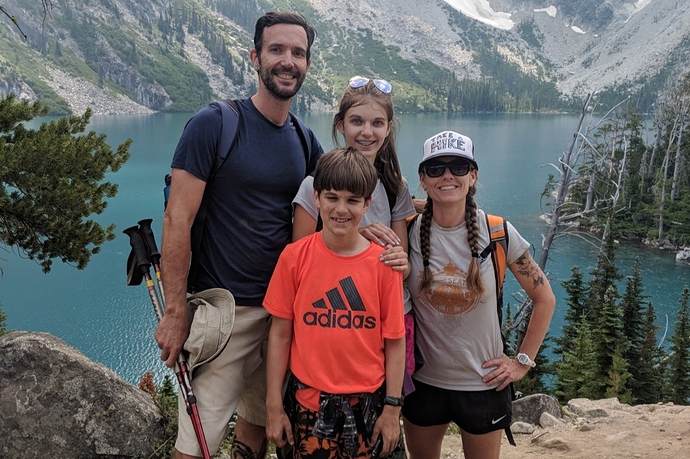 If you’d like to help Jen’s family there is a memorial fund which will help them through this difficult time. Because of the ongoing coronavirus crises there is no public memorial planned.

For me, this was a terrible blow. Jens was a wonderful guy and a great colleague.

About a decade back I did some consulting for his team at Arena Net. Around the same time Anet was giving out these big baseball jackets with the company logo on them. Even though I was just passing through on a three month consulting gig, Jens had his embroidered with my name and gave it to me as a going away present. That kind of generosity was typical of him. When the news broke another friend told me

He’s one of the few people that actually “lit up a room” with his presence. That phrase is so overused, but he definitely embodied it.

He was also the kind of guy who altered his own schedule to come in early every morning to make sure that the nightly build was working before the artists showed up.

So, farewell Jens – you’ll be missed.

Jens was my first tech art lead. This news feels very surreal to me at the moment and has not sunk in completely. He hired me as an intern at Arenanet. He made me feel like I belonged and that I was a valuable part of the team right from the beginning. I loved working with him and I learned a lot from him about being a good TA. I don’t think I have any memories of him not smiling. Even after I left Arenanet he was always enthusiastic about my growth in our correspondence. He was truly one of the most supportive people I have ever met and a main reason for why I chose to have a career in Tech Art.

Very sorry to hear that, sounds like Jens was fantastic lead and an even more amazing person. Condolences from us Tech Artists in Oregon. Take care everyone.

Just wanted to post this note from Jens’ wife Oesa for those of you who donated;

I want to extend my deepest gratitude to all of you for your donations. The magnitude of this loss remains difficult to put into words. Most days it is still incomprehensible to the kids and I that Jens is gone. Fortunately, we have been receiving a lot of wonderful support and this fundraising campaign has been an essential part of that.
I know that Jens impacted the lives of so many people in meaningful and positive ways. I hope everyone will remember how he inspired and supported them and others. His memory will live on in all of us, but especially in Olivia and Finn.
There are so many ways we now need to learn to navigate and live in the world without him. The financial support generated in this campaign is incredibly helpful as we do that. I know Jens would be so honored and appreciative of your contributions too. Thank you all again very much. We are deeply grateful.
APRIL 10, 2020